I’m a N.J. Muslim: How I celebrate Jesus’ birth with my family 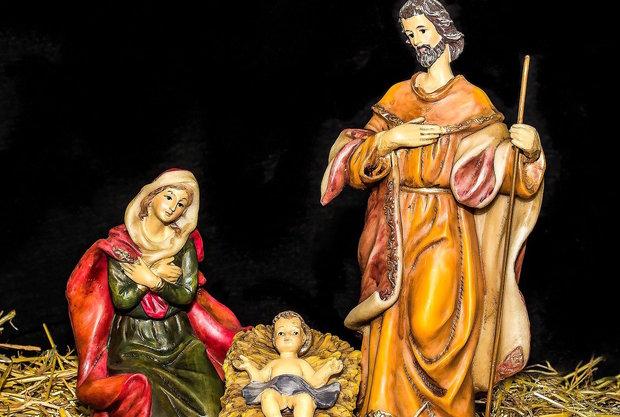 Jesus has been a key moral figure in my religious upbringing. I was born in New Jersey but my parents relocated to Palestine when I was in second grade. In Palestine, I attended the Quaker Friends Boys School.

Yes, there are many Palestinian Christians, including Quakers. We learned about Liberation Theology where Jesus was the inspiration for justice and freedom. My devout Muslim mother instilled in us a reverence for Jesus as required in Islam. She always told us stories about spending Christmas with Christian friends in Palestine and them sharing our Muslim Eid with her.

When I returned to New Jersey, I attended Saint Peter’s College. Jesus was present all around me in college from beautiful images of Jesus everywhere to my professors many of whom were also priests. I always recall with a smile when my Catholic theology professor/priest told a full classroom that Jesus most likely looked like Abed from Palestine. As with a physical drunk, a religious drunk fogs up his reasoning capacity which can then unleash hostility- against the “other,” one who does not imbibe with either the same flavor or fervor that he does.

I married my Saint Peters’ Catholic sweet heart. For the past 25 years, we have the best of both worlds. We have a festive time during the Muslim holidays with my parents and the Christian holidays with her parents.

While Muslims revere Jesus, they do not accept his divinity. This by no mean should minimize the influential role Jesus plays in Muslim belief. Jesus has a fair share of coverage in the Quran. The Quran reveals that Jesus will be born — God’s Word and “his is name is the Christ Jesus, son of Mary.”

Nearest to God, Jesus shall speak to mankind from the cradle, the Quran told Mary.

The Quranic virgin birth story is pregnant with poetic wonder. God’s Spirit appeared before Mary through an angel. “I am a messenger from God to bestow upon you a son most pure,” the angel assured Mary.  “How can I have a son when no man has ever touched me,” Mary exclaimed. God wills and it shall be, the angel replied. “We shall make him a wonder to mankind and a mercy,” God ordained.

The miracles of Jesus are signs from God, the Quran pronounced:

“I will bring you a sign from your Lord. I will fashion for you from clay the likeness of a bird, I shall breathe upon it and it will become a bird, by God’s leave. I shall cure the blind and the leper and revive the dead by God’s leave.”

The Quranic story of the resurrection while different from the Gospel is no less powerful and magical.  Jesus will die but will ascend to Heaven and be saved from a physical crucifixion.

In addition to the Quran, there are hundreds of stories about Jesus in Muslim works of ethics, devotional works, Sufi/mystic literature and histories of prophets. Tarif Khalidi collected most of them in “The Muslim Jesus: Sayings and Stories in Islamic Literature.”

According to Khalidi, these stories are the largest body of texts relating to Jesus in any non-Christian literature. Syrian refugees find the meaning of Christmas – in Germany | Editorial

You cannot snub an entire population in despair and say that you have a country based on based on Christian values.

“He who plants evil reaps regret” or “Too much food kills the soul, just as too much water kills a plant,” or “The day that Jesus was raised to heaven, he left behind nothing but a woolen garment, a slingshot, and two sandals” are a few out of hundreds of stories related to Jesus that echo the Gospel.

And more significantly, they confirm Jesus represented a prominent ethical role model for Muslims for more than 1400 years.

My reverence for Jesus is not the exception but the actual norm in Muslim households in America. Muslims believe that God revealed to the Prophet Mohamed the same message that “was revealed to Abraham, to Ishmael, to Isaac and Jacob and the Tribes . . . to Moses and Jesus . . . We make no distinction between any of them.”

These verses from the Quran and stories about Jesus inspire and guide 1.6 billion Muslims worldwide. So happy birthday Jesus and a merry Christmas America from your American Muslim neighbors.